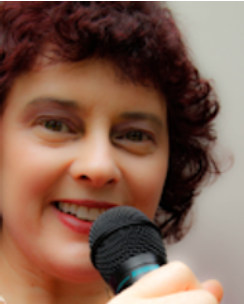 I grew up in Geelong with a love of sport and played competitive Tennis.  Through other players at our local club I was introduced to Square Dancing and soon became a regular club member.  When they held an amateur callers night I keenly participated and discovered a new direction within the activity.  I was encouraged by other callers who would kindly allow me a call when visiting their clubs.

In 1998 I travelled to the UK and attended the National Convention in Birmingham and had my first opportunity of calling in front of a large group of dancers.  An opportunity arose to work in England and I became a trainee caller with Jim Rowland calling regularly at both Sheffield Swingers and Phoenix Squares in Sheffield.

On return to Australia I began "Allabout Squares" in Geelong Victoria which ran from 2000 until 2005 until I relocated to South Australia.

In February 2008 "Allabout Squares" was reinvented and runs every week during school terms in Mount Gambier and celebrates its 10th birthday next year.

Whilst living in Mount Gambier I have also taught Square Dancing at my son’s local primary school with a fantastic response from the teachers and students.

Square Dancing has afforded me many opportunities to combine dancing with travel and I have been privileged to attend and call at numerous conventions and clubs in England, USA, Sweden and Hawaii and New Zealand.  In July 2016 I was fortunate to re-visit England and call both in York and at my old club in Sheffield.  I also attended my first Callerlab Convention in San Antonio in Texas in 2003.

I have also recorded for several companies including Blue Star, Crown Records and became a resident caller for Shindig Productions.

In my professional life I have held many varied positions from Data Entry and Relief Paymaster HR Department - Local Government, Support Programmer IT - Local Government, Personal Assistant to IT Manager at Deakin University, Technical Operations Manager with Ericsson installing and programming PABX’s.

I currently live on my beautiful 5 acre property just outside Mt Gambier with my amazing son James, two sheep, six chooks and my cat Ash.