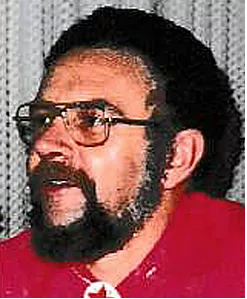 Barry was born in Southhall, Middlesex, an unexpected twin to brother Allan.

When the twins were eight their father unfortunately died, so as soon as they turned fourteen they left school and went to work to help Mum and their brother and sister. Barry was very involved with Red Cross, Drama and Scouting as well.

In 1969, the Cabinet Maker firm Barry was working for asked for volunteers to go to Perth, Australia, to open a new branch. Barry offered, intending to stay only for two years. It was in Perth that Barry was introduced to Square Dancing, including Calling and Round Dancing with much help from Steve Turner and family.

Due to ill health however, Barry's doctor advised him to go to Eastern Australia where the climate is not quite so harsh. He chose Sydney, driving his car all the way there. He was soon involved in Square Dancing again with help and advice from Ron Jones.

In 1973 he married Marie and they had two children, Christopher and Louise. Sadly in 1985 Louise was killed after a collision with a car while riding her bike. She was seven years old.

In 1987 Barry and Pat were married. Times were very hectic with long working hours and running up to four Square or Round Dance Clubs a week which included Greenwich Swingers, Harbord Squares, Square & Rounds Club (monthly) and Forest Rounds.

In 1989 Barry & Pat moved to Adelaide and in a very short while Barry was asked to take over Westside Squares for Barry Jordan. The club was started in August 1983 by Peter Cram. Barry also opened a Round Dance Club at Mitcham Institute called Forest Rounds and it continued until ill health made it too difficult.

Westside was a very happy club and we all enjoyed the Camps, cricket matches and other group visits.

Barry's health did not improve however and after an operation in August 1997 he passed away.

The Club was carried on until December 1999 with fill in Callers but they were too busy to keep going" The remaining former members still meet up four or five times a year and we have happy reunions.