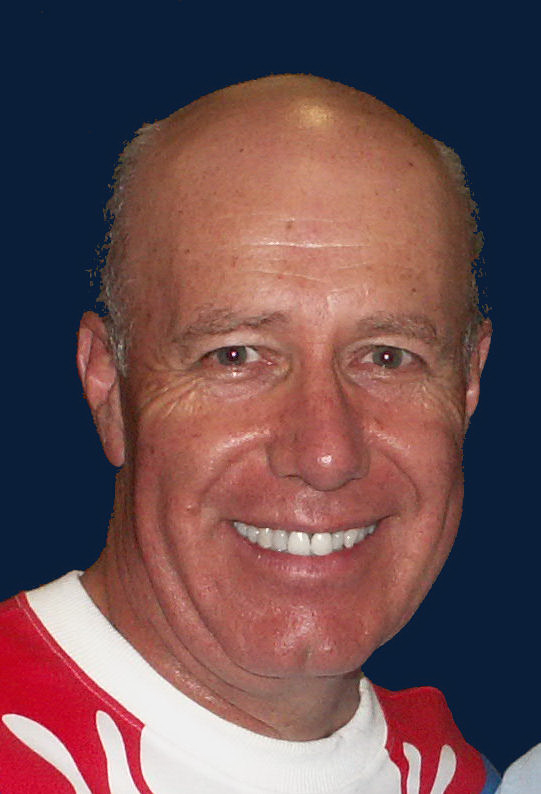 David discovered the wonderful world of square dancing through Fred and Elizabeth
Meads' Sparkilate club in the early seventies, soon becoming Fred's trainee caller.
After a Ron Jones Caller's school in 1973, David opened the D-Bar-T square dance club
in Merrylands NSW. He later ran a second club with Kevin Ryan at Parramatta. During
this time David was involved in competition dancing and the training of many teams. In
1978 David called at the 1st National Canadian Convention in Alberta, Canada which was
definitely a career highlight.

After a long break David returned to square dancing in 1996 and living in Blaxland in
the Blue Mountains, formed the "Mountain Devils" club. He has also called for Fairfield
RSL Youth Club and Fifty-Fifty club at Greystanes. In 1999 David was asked to work at
Blaxland East Public School to teach square dancing in their gross motor program for
years one and two. He now teaches square dancing at a number of Lower Mountains
primary schools, introducing modern square dancing to hundreds of young Australians.

He received his "Silver Microphone" award for twenty-five years of calling at the
National Convention in 2013. He is currently on the board of ACF.

In 2020 David and his wife Rosalind will be the Co-convenors of the National
Convention in the Blue Mountains NSW.