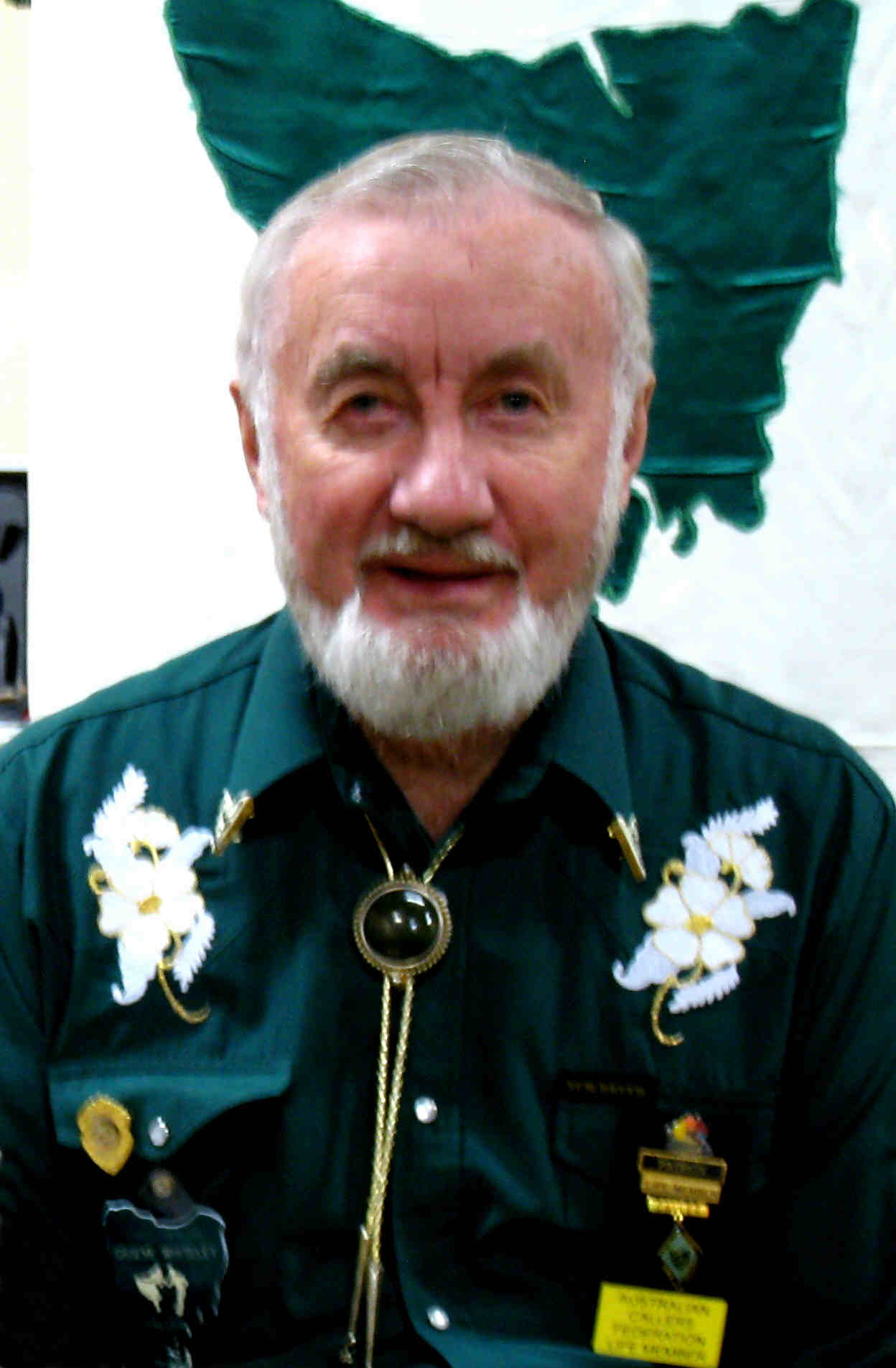 Congratulation Graeme on your long illustrious career as a square dance caller, providing entertainment and giving so much joy and friendship to so many people not only here in Tasmania, but all over Australia. For most of us 50 year is a life time, but you and Shirley have also fitted so much more into your lives, four children, ran a farm and much, much more.

Graeme and Shirley I believe began their “Square Dancing” days back in 1951 and a few years later in 1967 the well known & most popular square dance club “The Tassie Twirlers Square Dance Club” was formed. The club now is 42 years old and still going strong, with Graeme still at the helm and Shirley pushing from the galley and its remarkable crew are enjoying what many would call a dream boat life style. To add to this, they have held for some 38 years an annual camp at Port Sorell. I have been privileged to attend one of these and remembered it for the wrong reason; I discovered I was a diabetic that weekend. I must also congratulate (the crew) your very loyal club members; some of which have been with the club since its inception. And I’d sure like to know what it is this pair has!

I first met Graeme and Shirley (as far as I can remember) back at the 1974 National held in Adelaide. At an after party hosted by Dulcie and Kevin Matthews and held in their home one evening where the true Graeme Whiteley; the friend and fellow caller I now know today came to life. That reminds me that the Tassie Twirlers also got into a bit of trouble the following year in the Hotel Victoria in Melbourne after a nights dancing in the town hall; bloody noisy mob is what I heard.

Kevin Matthews tells me you’re also a very hard boss, after following you around the paddocks all day picking up rocks and while you just sat on the tractor; poor old Kevin said he was absolutely knackered for days!

In 1979 Graeme was one of the founding members of the Australian Callers Federation which was formed in S.A. and Graeme is a life member of that body. He was convener of the 17th Australian National Convention held in Hobart Tasmania back in 1976. Of cause throughout his career Graeme has called and supported many Australian National Conventions together with Shirley and their club members traveling across this great country of ours. One rememerable evening held at my club was for the late Colin Huddleston’s 69th Birthday, and one I know Graeme and Shirley will always remember, we packed some 300 people into that small hall of ours.

Graeme has also called for my club and I recall on one visit we visited the wine district of McLaren Vale; they need you back again Graeme water’s in short supply and the vine would like another drink.

Now on behalf of the ACF I would like to present to you the “Golden Microphone Award” to you and congratulate you & Shirley for the team effort over 50 years calling and for running this fabulous club here in Kindred. The can club is also remembered for its tasty and delicious suppers which always appear on the tables.