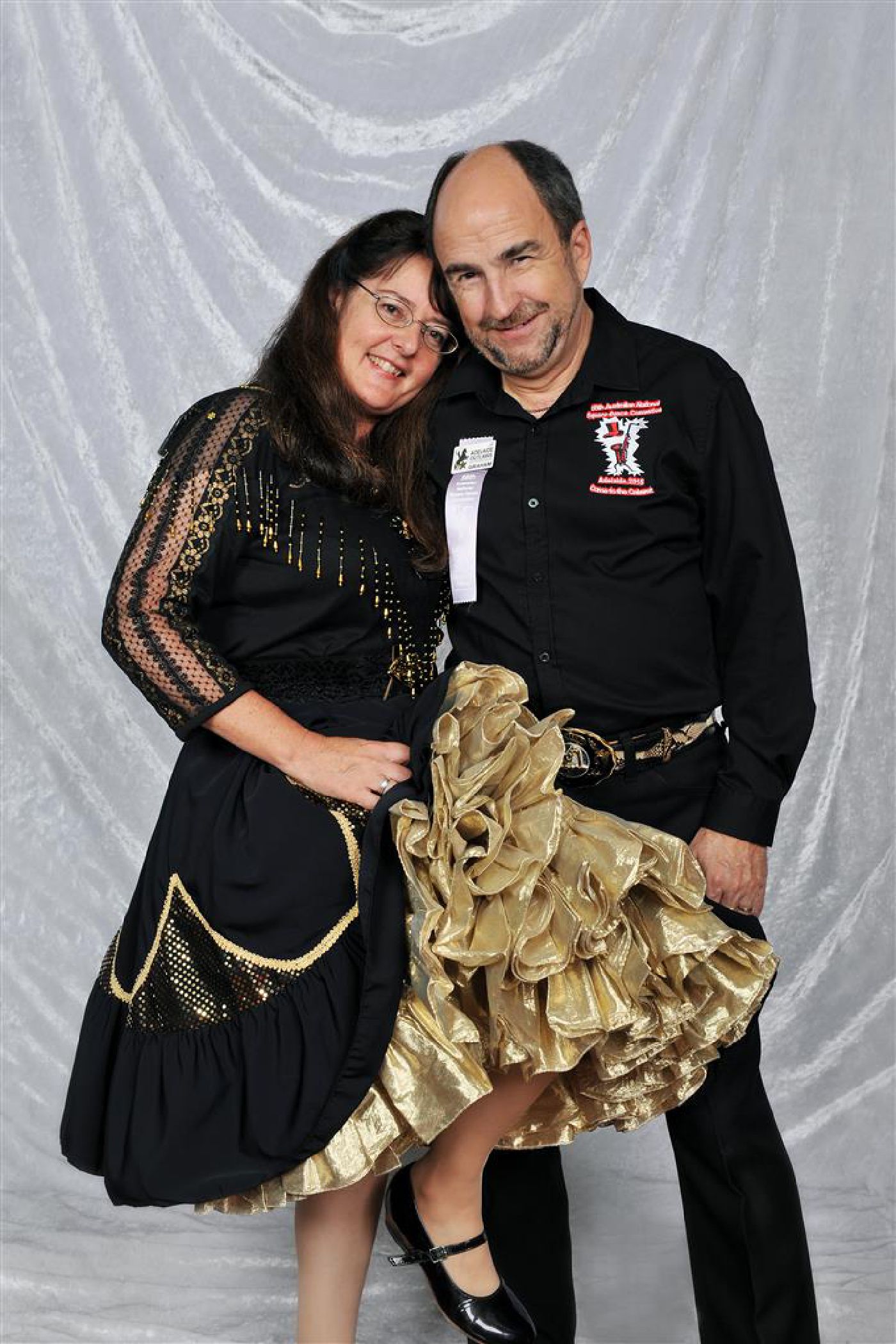 Graham's introduction to square dancing came in the early 1970s when his family were encouraged to come along by neighbourhood friends. In the late 70s, whilst at Adelaide University, he joined the square dance club which operated there. It was here that he met his wife Dawn. During this time he also had the pleasure of dancing in the late Colin Huddleston's demonstration team. A few years later Graham tried his hand at calling at a couple of Adelaide clubs – he was no stranger to the stage having been involved in public speaking and plays during his school years.

In 1985 Graham & Dawn started a learners' class which became their own club – the Adelaide Outlaws. Operating in the western suburbs of Adelaide, it maintained a healthy membership and in 1987, a Plus club was formed operating on the north side of Adelaide. Both clubs are still going strong today.

Graham has been actively involved in the calling field having served as various executive positions on the State callers' association, taken positions of secretary, public relations officer and chairman of the Australian Callers Federation and still serves on the Board. He is a member of Callerlab and is on the Mainstream committee. He has been feature caller at many interstate and overseas festivals and conventions and has had the pleasure of calling and dancing in Japan, Austria, New Zealand, USA and England. Graham and Dawn are also both life members of the South Australian Square Dance Society and in April 2015 were Convenors for the 56th Australian National Square Dance convention held in Adelaide.

Both Graham and Dawn thoroughly enjoy square dancing and the extended family of the clubs, and outside of this, Graham is a mechanical engineer retired from the oil and gas industry and Dawn is a primary school teacher.