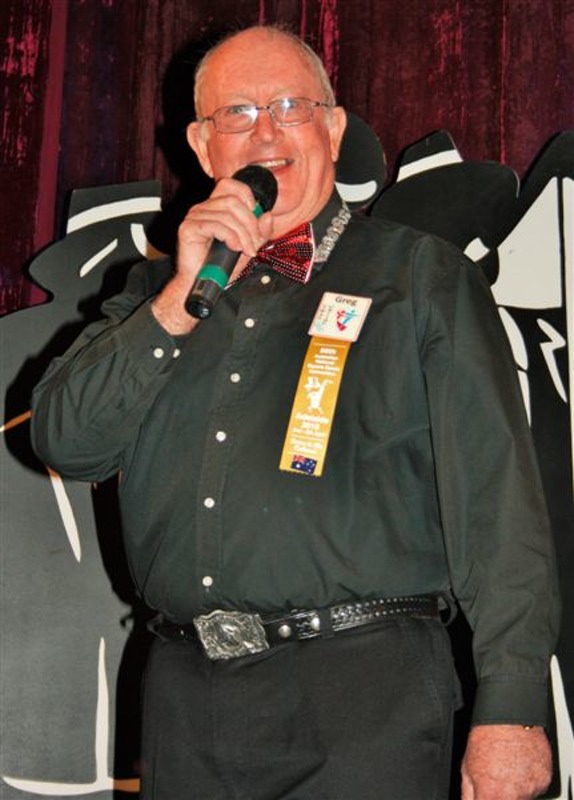 I started Square Dancing in 1969 in Carlisle, then later at Karri On Dancers in Manjimup and more recently with Greenfinches in Hamersley. My first foray into calling was at a youth club camp in Bunbury 1969 when I ran a social dance night for the camp. It received critical acclaim from one reviewer who wrote "When you really think about it, gasping Greg a right to apply for membership to the Ace Callers Association for his achievements that night". My first ever call was "Red River Valley". Unfortunately this career was short lived with it starting and ending on the same night.

Not until 2008 did I tempt fate again and give it a go and so glad I did as I thoroughly enjoy calling and it fills in my retirement years wonderfully. I won the Judges Choice at the Amateur Callers event in Perth in 2010 and joined the Callers Association of WA that year. The rest as they say, is history. I went on to complete my Club Caller qualification and started a club in the Swan Valley called Swan Valley Squares which at the time of writing this (2018) has celebrated 5 years as a club.

I held the position of Treasurer of CAWA for six years and assumed the position as  President of CAWA in 2017. I enjoy the challenges and the privilege of working with the talented group of callers we have in Western Australia and indeed throughout Australia. I was also a member of the planning committee for the 59th Australian National Convention held in Perth in 2018.

I call Mainstream as well as Contra and enjoy encouraging beginners to take up the challenge of square dancing. Party nights and introduction to square dance displays and demonstrations are a favourite.