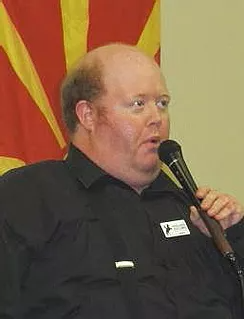 Ian Rutter commenced Square Dancing in 2000 when Leisurely Squares was running a Community Dance Program (CDP) on Friday nights.  After a year, once the program finished, he took a break from square dancing and returned in 2004 to Leisurely Squares when he learned a lot more.  After he graduated, he started visiting other clubs around Adelaide (Adelaide Outlaws, Shooting Stars, Wild Frontier, and Kannella Squares).

In 2005, he tried his hand on calling when Noes Noesbar, the caller for Leisurely Squares, asked if he was interested in giving Square Dance calling a go after he learned about Ian’s ability to sing from the talent shows organised by the club.  After Ian called a couple of songs, he thoroughly enjoyed it and has continued to call for Songs and Hoedowns today.

During his time as a caller, Ian attended a few sessions on calling such as ‘Behind the Microphone’ and some callers had given him advice on what to do when calling.

In 2011, after Trevor Hunt announced his retirement from calling for Shooting Stars, the name was changed to ‘Scoot Back Squares’ and an opportunity went to Ian to call for that club.  Currently, he has given a go in helping the people learning to ‘Square Dance’.

Ian became a member of SACA and ACF when he started calling for ‘Scoot Back Squares’.  He also called at the National Convention for the first time in Canberra in 2014.

Ian’s professional job is a Public Servant working for Centrelink.  He has worked for the Commonwealth Department for 20 years.