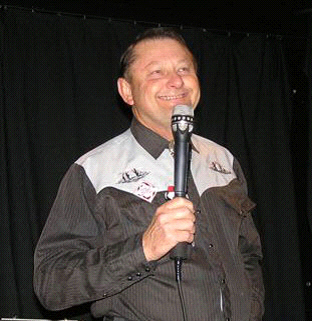 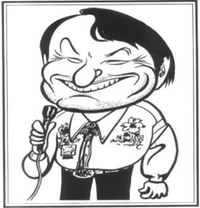 I was introduced to calling whilst living in Mildura in 1966. I was the president of a church youth group, & we joined the local square dance club. The caller was Brian Ewart, a Sargent in the Victorian Police Force, he was promoted & transferred back to Melbourne. As a result, Brian asked me to take over as the club’s caller. – the “Sunraysia Square Dance Club”.

After moving to Adelaide for work I was helped as a trainee caller by Allan Frost and Colin Huddleston. I proceeded to move forward forming my own club, Wild Frontier, which was eventually based at Kensington Park Uniting Church hall. Wild Frontier is now 47 years old (2020). Now based at Magill SA.

A couple of years later, recognizing a need to have a dance that went beyond the mainstream I began a Sunday night dance which became Kannella Squares. Kannella Squares is Australia’s oldest Plus Club and is now in its 45th year. I call through all programs up to & including C1. Kannella is an aboriginal word meaning to dance.

I have also convened two Australian Nationals and have been involved on committees for several other Australian Nationals held in Adelaide starting with the 1974 National. There came a time when lots of my dancers were about to embark on University studies, so I then formed, another Square Dance club called Ausquad; based at Adelaide University for about 7 years, & I am an honouree Life Member of that club.

I attended Caller lab in USA in 1981 and have led several overseas Square Dance tours. I have called not only all over Australia but also in other parts of the world. I worked as a Pathologist then, & until my retirement, from the IMVS involving mosquito borne diseases. During my working career I produced basic teaching tapes & videos for the Education Departments use in schools and took twelve months leave from work to teach school children and PE teachers.

I have also taught some of our callers the art of sight calling including Graham Elliott, James Reid, Adrian Blyth, Geoff Moyle & Peter Heath to name a few. Wild Frontier Square Dance Club Inc assisted in the formation of Adelaide Outlaws and Festival City Squares.

I am married to Susan and we have twin boys Christopher and James both have recently graduated with honours from Flinders University SA in science. Christopher is married to Cara & we now have a Granddaughter Eilida (pronounced Aye Lee) Both boys have good jobs.