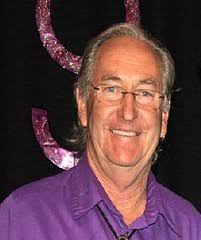 Family:      Married to Leila Buckingham with 3 children and 5 grandchildren

We started our own Square Dance club called Allemander Squares, in 2004.

I am the current caller and owner at the club.

Programmed for state conventions in WA

Past club caller at White Gum Valley for six years

I am the owner of GR8 Trax Square Dance label