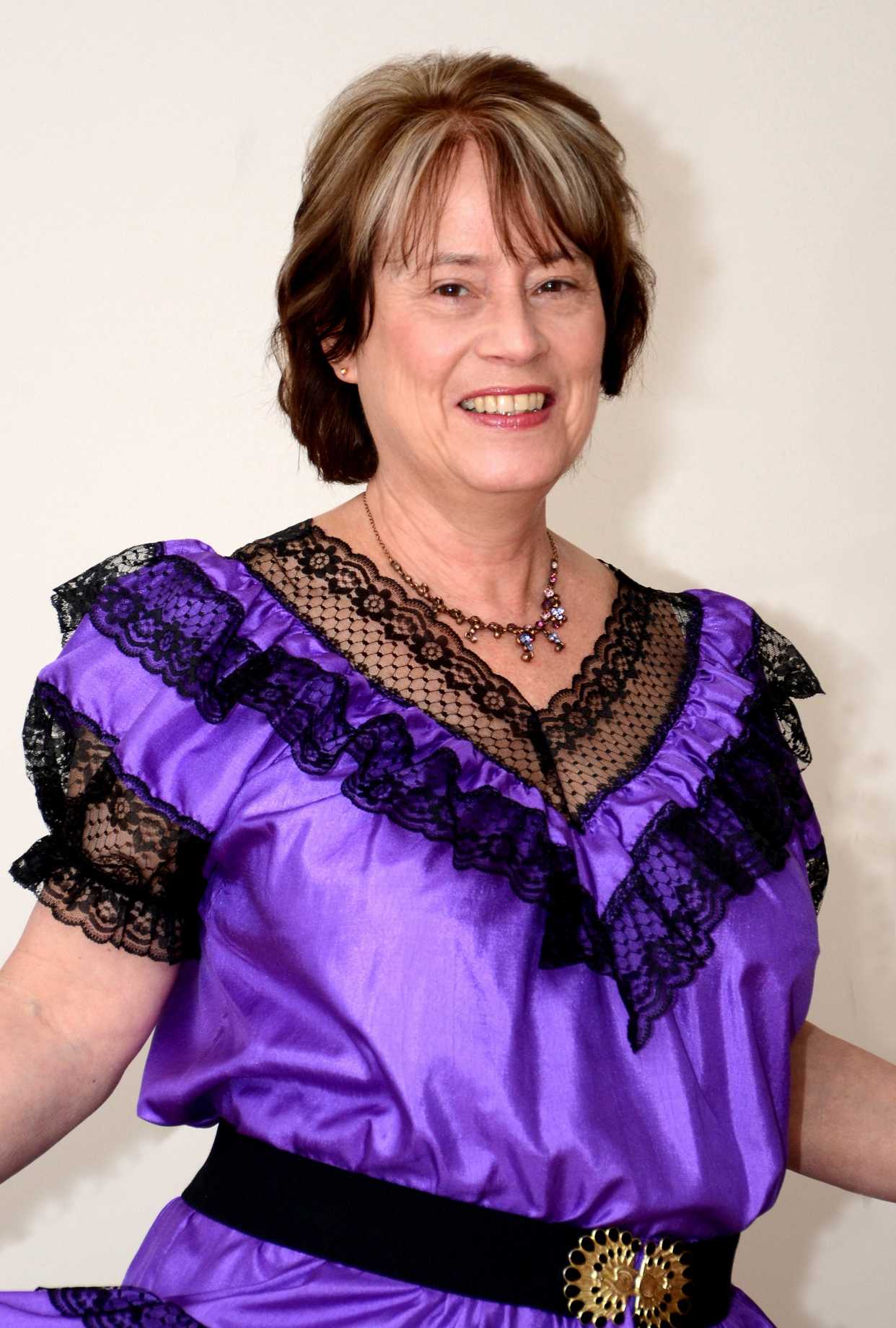 Kay started Square Dancing in her teens in 1969 with Eric Wendell’s Wheeling Eights, at Milton, Brisbane. Eric was the first one to introduce Kay to calling. He asked her to enter a caller's competition within the club and gave Kay her first record, "I Walk The Line". There were two people in this contest and Kay came 2nd !

Kay then started buying a few records but only called at home. There was more singing than calling since she had no intention of calling to dancers. This all changed in 1984 when Kay met Brian Horsey, who was calling for a group of dancers in a private home and he invited Kay to call for them. The same year he began to teach Kay to call and also encouraged her to enter the Amateur Callers contest at the Sunshine State Roundup in 1985. Despite being extremely nervous, Kay won the Open Ladies Division.

In 1983 Kay’s two children Martin and Allison, 9 and 7, learnt to dance at Bar-K Circle-W by Robbie McLachan. Years later Kay taught her mother and grandson to dance. Four generations of dancers in the one family.

In 1986 Brian Horsey and Kay started a club together, Uniting Squares at Kenmore. As a trainee caller Kay's confidence was boosted and she learnt much from this experience over the following years. Kay has attended many caller schools and caller conferences conducted by renowned callers like Brian Hotchkies and Steve Turner. When possible Kay participates in caller training sessions conducted by the Queensland Callers Association and the Australian Callers Federation.

Currently Kay is the regular caller for the following Brisbane and Ipswich clubs:

· Uniting Squares Day, Basic / Mainstream with some Plus

· Kay’s Plus, extended Plus and Advanced.

· Town and Country Squares-Town, Teaching Mainstream with some Plus.

· Town and Country Squares-Country, Mainstream and Plus.

· Fifty Plus Centre in the Brisbane City Hall, Basic, Mainstream and Plus

Previous clubs where Kay was either the regular caller or a relieving caller for an extended period:

· Fifty Plus Centre in the Brisbane City Hall, teaching Plus

· For many years was the augmenting caller for the Advanced dancing at The Logan City Square Dance Centre.

Kay is often the guest callers at intrastate clubs and many Brisbane clubs. Kay also calls at National and State Conventions when possible.
Highlights of Kay's calling career include:

· Dancing to Colin Huddleston on stage at a Reg Lindsay concert held at the Brisbane Festival Hall in 1971.

· Being invited to call for the first time at Gympie.

· Calling my first weekend at Maryborough and Hervey Bay.

· Teaching beginners at all levels, Basic to A2.

· Meeting so many wonderful people through Square Dancing.