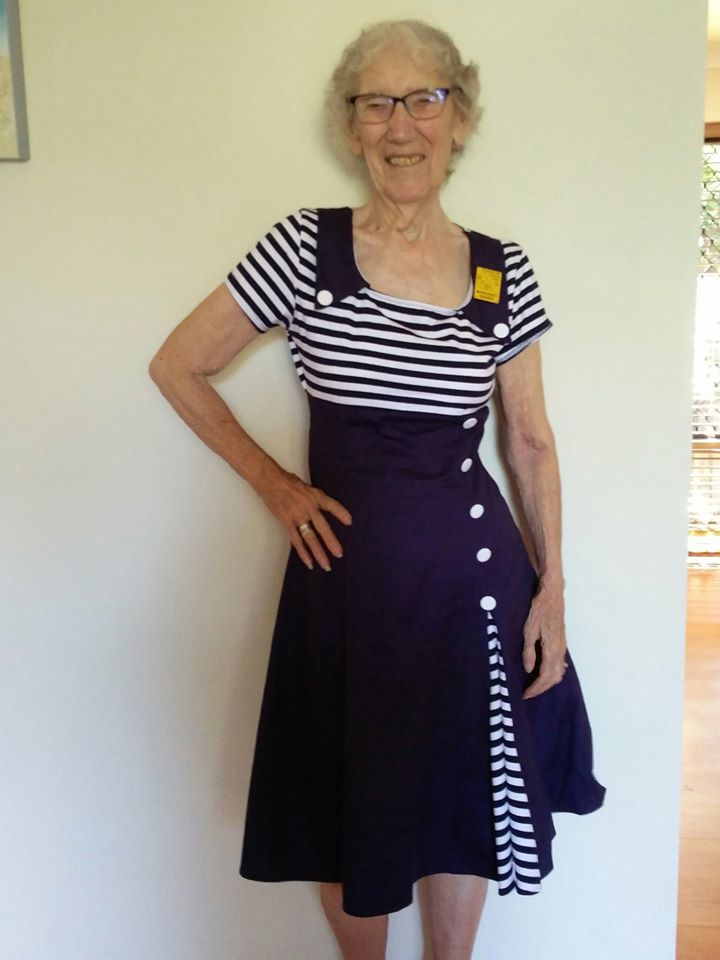 Married 4th May1957 and emigrated to Australia, aged 27 with my Husband keith and 4 children, all under the age of 7, arriving in Brisbane 4th May 1965.

We lived at the Colmslie hostel which was an overflow of the Wacol Hostel. I worked as Secretary in the office, as well as organising many types of entertainment for the residents to try and ease the horrific conditions.

We moved to Petrie in 1969 for a short while before making our final move to Lawnton in 1972. I obtained a job as a car detailer and to my surprise, was given a certificate as the best detailer in Pine Rivers.

I was involved in many community organisations. First Petrie Lions club was founded in 1977. I held the President & Secretary several times for the Lions Ladies Auxillary. I was also in a local concert group between 1989 -2000, worked with “Meals on Wheels”, assisted with “Driving for the Elderly” as well as the PCYC and with children who had Leukaemia at Christmas for the Royal Brisbane hospital.

After a severe stroke , I needed some form of activity and discovered that the Pine Rivers Senior Cititzens were starting square dance lessons. On the first of September 1988, I went along to my first lesson and loved it. In 1989, the caller Jack Mitchell, talked me into training as a caller (what had I let myself in for).

By this time Jack was quite ill and on oxygen, so I had to do the calling (really scary), if I was unsure of something, he would help me out. When he passed away in 1995, I realised (shock horror) that I had 2 clubs to run on my own. Wavell closed in 2012, 5 months before it’s 20th birthday.

At this point I needed help, so I joined the Qld. Callers Association and the Square Dancing Society of Qld. In that same year I attended my first National Convention in Newcastle and my first Qld. State Convention in Bundaberg.

I have overcome many hurdles and have appreciated the help from many callers.

I held a number of positions within the QCA and Society committees.

Square dancing has been my life for over 25 years!!!

Margaret was awarded the ACF Silver Microphone award in April 2019 at the 60th ANSDC in Deloriane, Tasmania