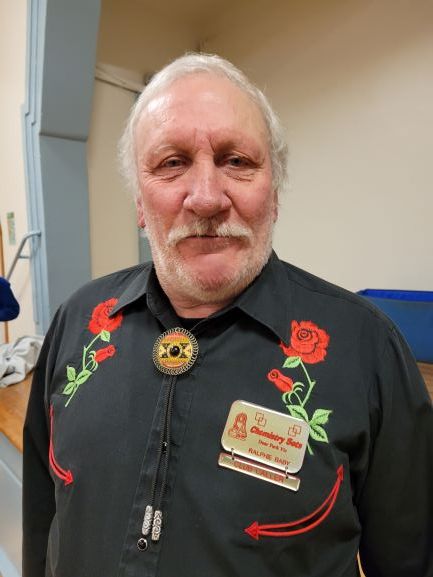 I commenced square dancing in 1978, I met my wife Lyn at that time and we got married in 1979 and danced for many years at Lakesider’s Square Dance Club in Reservoir.  During this time our two children Rosanne and Adrian were born.

I became interested in calling during the eighties and attended the Double M caller’s school organised by Ron Mennie and Lee McFadyean, then later on Bill Pendlebury.

I opened Chemistry Sets in September 1997 in Deer Park and we are still dancing to this day, I enjoy calling and dancing. I have attended many state and national conventions.

For a short time I was teaching wheel chair square dancing with the assistance of John Van Delft and was named Silver Spinners.

I am a member of various callers’ associations, programmed various functions at a state level and have had the privilege to call to the dressed sets at state and national conventions.

I am also one of the organisers of the Dusk ‘til Dawn Fundraiser Group which raises funds for the Royal Children’s Hospital in Melbourne.  This fundraiser started in 2001.

I am at present teaching square dancing to a group of U3A seniors with Lyn’s assistance at the Sunbury Football Club on Monday afternoons.

When not calling I enjoy travelling and spending time with my family especially my three grandchildren.