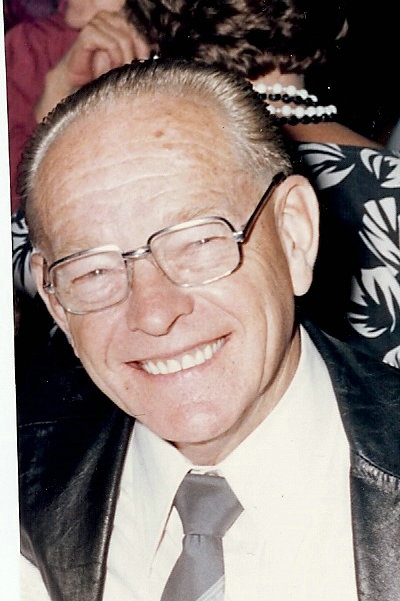 Ron Jones "a lifetime of dancing" that was his career path since the tender age of fourteen years of age, firstly as a highly successful ballroom professional and promoter, then to embrace square dancing  and later with competition square dancing, enhancing it with grace and style never seen before, and, through his exciting, compelling calling style, bringing pleasure to tens of thousands of square dancers  across Australia over five decades.

Commencing at Jack Keatings Newtown ballroom in 1936, Ron progressed to become a class instructor and competed at most of Sydney's major ballrooms.

He opened his own studio at Drummoyne in 1948 and after American caller Joe Lewis visited Australia for the Women's Weekly competition and which resulted in the Square Dancing boom.

Ron opened his Square Dance Club at Jack Keatings ballroom at Newtown Bridge. The public interest in Square Dancing was so great clubs were springing up everywhere so other clubs were formed.

With his experience with ballroom competitions Ron had an idea of forming competitive teams of Square Dancers dancing Square Dancing incorporating Ballroom movements such as lifts.

Ron even built a hall in his own backyard to train the teams. It was also where he met his wife, Frances.

In 1951 he won the professional square dance competition in NSW and when the Australian National Eisteddfod, held in Canberra, added Square Dancing to the program his teams predominated, the  winning team being the Louisiana Stars. This competition was the start of Square Dance National Square Dance Conventions.

He continued to provide teams for demonstration events and competitions at various events throughout the state and sometimes interstate. The NSW Society of Competition Dancing was formed and its  yearly finale is called The Ron Jones Festival honoring the man who started Competition Square Dancing.

Competition Square Dancing is not part of normal club dancing and on that side of it Ron was one of the top callers having clubs throughout Sydney as well as visiting country towns.

He had a style of calling that attracted dancers. His calling was clear and he had perfect timing and called faster than American callers.

When caller Allen Blackwell became ill he handed his two clubs to Ron – the Docey Doe club in North Sydney and the Belmore Bells, as he knew they were in good hands.

The next morning after his first demonstration a photograph was featured on the front page of the leading Seattle newspaper. That day there was a huge crowd of spectators queued up to pay to see the Australian demonstration sets.

To the American callers it was so spectacular they invited him to their annual meeting held a few weeks later and paid all his expenses.

Some years after that first tour he accompanied us to another convention held in Memphis and he visited Callerlab at different times later.

Ron became the fourth Australian inducted into "Callerlab" the International Association of Square Dance Callers.
Ron Jones was a foundation member of the Australian Callers Federation (ACF) & it was his idea of the name for this new caller's body. Ron was a life member of the ACF.

Some of the detail in this history was obtained from Graham Rigby's book on Australian callers.