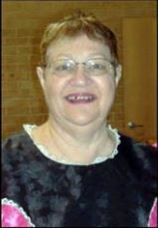 First experienced Square Dancing as a teenager during the mid 1950’s in Lismore when her workmates formed a small social group which danced to records. Wilma continued for two years until the group broke-up, then it was several decades before she became involved with the S/D activity again.

In 1981 Wilma discovered a small group in Casino, N.S.W. which was Square Dancing to tapes. This inspired her to start dancing again, but now with her children for company. Shortly afterwards the Club acquired a Caller who’d moved into the area from Sydney, so they no longer needed to dance to recordings.

In 1982 Wilma became interested in Calling and started dabbling with the art. During May 1983 she formed her own “Willi-Whirlers Club” at Casino, N.S.W. Then in 1992 Wilma started the “Lismore Larrikins” club after a very successful “N.S.W. State Convention” (for which she was Convenor) had created a surprising interest for Square Dancing in the area.

One of the highlights of Wilma’s calling career which she would occasionally talk about, was the delight of seeing that long queue of over 100 new beginners waiting to come into her hall after the 1992 State Convention. Then the joy of teaching & calling for these enthusiastic people.

Wilma’s dynamic personality and will to do things for people never seemed to allow her to say “I can’t do that.”..!

She supported any Square Dance events in N.S.W. and the Southern area of Queensland which she was able to travel to, she also promoted & managed many of the regular, annual S/D events in N.S.W.

From 2006 Wilma was a “Country Vice President” of the “N.S.W. Square Dance Society”. She was Convenor for two N.S.W. State Square Dance Conventions :- Lismore & Coffs Harbour.

In 1985 Wilma started promoting & managing at least one organized Callers’ School in Casino each year. At first these were 2 & 3 Day Schools, but at the request of more Callers wanting to learn, they quickly became 5 Day events.

Five other events which Wilma considered to be significant during her career:
01) Having my Casino Club reach 21, and then 25 years of dancing.
02) Being presented with the “ACF Silver Microphone” award for 25 Years of calling.
03) Being Feature Caller for major events in New Zealand.
04) Calling at Australian National Conventions and N.S.W. State Conventions.
05) Having the great fortune to call for such wonderful Dancers during my 37 years.

Wilma called BASIC to PLUS and was a very accomplished “Contra Prompter”. She also had a great talent for calling “fun stuff” on party occasions such as: “Nine Pin”, or having “Dancers scramble to change sets”.

Dancers would be amazed when a Feature, or Guest Caller would call “Mr. Bass Man”. Wilma would have a dead microphone on stage & pretend to be the person making the sound effects (which were actually on the record). Many Dancers would stop dancing and just watch :- )

Quotes by Wilma Flannery :-
“Square Dancing has presented me with the unique opportunity to meet such a
wonderful number of people from various places.”.

“Keep Square Dancing and never lose your smile. God bless you all and thank
you all for being such wonderful people.".